Make your business bigger than the Beatles

Unless you’ve been living in a box, you probably saw plenty of news reports last week about the furore created by Beatles tracks making an appearance on iTunes. Great news, if only because their tracks mostly lack that delightful tinny snare/cymbal element which makes sitting next to Ipod owners on the Tube so much fun. “Peace and love” takes on a whole different meaning in this context…

Anyway, what was also interesting about the release was this: over 25% of the Beatles-related traffic which arrived with Apple’s websites as a result was sent there via social media activity. Most of this was from Facebook, where the main Beatles fan page has 11,168,246 fans at the time of writing. The page is co-moderated by Apple and EMI and is integrated through to the itunes site. Here’s the result, courtesy of Hitwise UK: 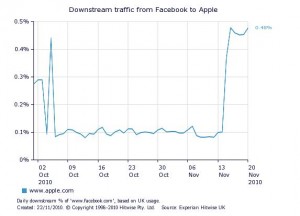 it's the bit on the far right we're interested in! ^

A look at the search results for “beatles”also shows that, for anyone interested in finding out more, Apple had set up an ad to direct those people straight through to its site – but at a cost on every click.

So apart from the usual comments about the power of getting your business (or new offering, or current hot product) visible on the social media platforms, this also highlights the cost saving against the alternative – without that facebook page, it’s highly likely that most or all of that traffic would’ve come in via a paid click, costing Apple infinitely more. If Apple are seeing this kind of result on a “brand” as big as the Beatles, where the marketing almost does itself, it just underlines how important it is that smaller businesses get their social media presence organised – then next time you have something exciting to tell your customers, you can be rock stars too!