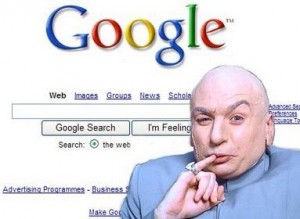 Earlier this week, I needed to cancel our Sky subscription. I’d heard on the grapevine to expect Sky not to make it easy for me, and I was right. (What other business can you imagine requiring a detailed discussion of how you use their services – “well, what programmes DO you watch?” – before allowing you to decline them, in case, and I quote, “you don’t know what you’re doing“).

But I digress. My point is, it doesn’t seem to have dawned on Sky that in the information age, if you annoy enough people, one or more of them will find a solution and put it out there for everyone else to work with. So, I find myself at this site – number four in the search rankings for “cancel sky subscription” – with comprehensive details of how to get the job done using your communication channel of choice.

The lesson? Sky could’ve provided that information themselves, and I’d have respected them (slightly)  more as a company. They chose not to, I got the information anyway, and they’re just left looking even more like the new British Gas – the company we all love to hate.

Google + development team: “our carrot is a little limp, time to get out the stick”

So, that’s Sky; maybe it’s what we’ve all come to respect from the consumer champion that is Rupert Murdoch. More surprising, though, to discover Google attempting a variant of the same ploy.

We were very interested to read an article this morning about how a coalition of Facebook, Twitter and MySpace software engineers have fought back against Google’s latest ploy to manipulate users into taking notice of Google Plus.

It would seem that, exactly as we predicted, Google’s product development team are increasingly falling back on their search domination as a mechanism for boosting the significance of G+.

How? by giving content that’s shared on G+ a disproportionate boost in search rankings. Disproportionate, we’d argue, because there’s plenty of data out there to show that G+ is only being adopted by a specific, narrow segment of the internet community (geeks and marketers, basically).

Google have argued that it’s “too hard” to use social signals coming from other networks, which isn’t hugely convincing for a company of their resources. So, this group of coders have done it for them – creating a browser add-on which will offer an alternative view of search results; what the results would’ve looked like if other social networks were given due weight and G+ based shares not prioritised.

It’s currently only available in the US, but we’re sure it won’t take too much dissatisfaction with Google’s approach before it appears in a UK version.

It seems that more businesses need to understand what this all means: stop giving customers what they want, and someone who will is much less hard to find than they used to be! Even if you’re a local restaurant rather than a global mega-corporation, social media and the ease of web publishing means that you’re not in charge any more.