Links posted on Facebook are about to get messier…. here’s how to fix them

Facebook’s Custom Link modification function is about to go away.

If you’re creating Facebook content which includes a link, and suddenly find that the options to edit the automatically generated preview (the image, title, and description that comes with it) have gone away, you’re not alone. A Facebook “update” which removes this functionality is due to come into force today, 17th July.

When you include a web URL in a Facebook post, the Link Preview is the box that comes up below it showing you how the link will be represented in your final post.  By default, it pulls the content that populates this from the metadata of the originating website.

So, the auto-generated information may or may not be a) attractive or b) accurate, depending on how the site you’re linking to is coded.

Previously, you could click into each of the various areas of the Link Preview and manually edit them to be something more informative. 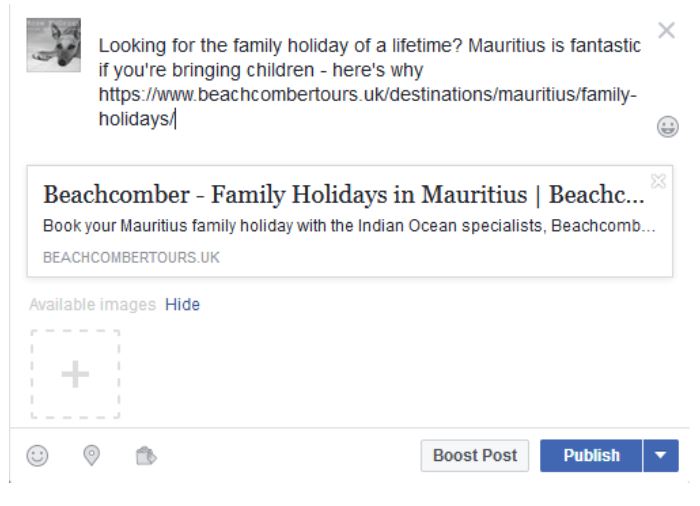 But you want to tailor that title, description and image to the particular audience you’re addressing, or to highlight one aspect of the article you’re linking to. So your edited version might look like this: 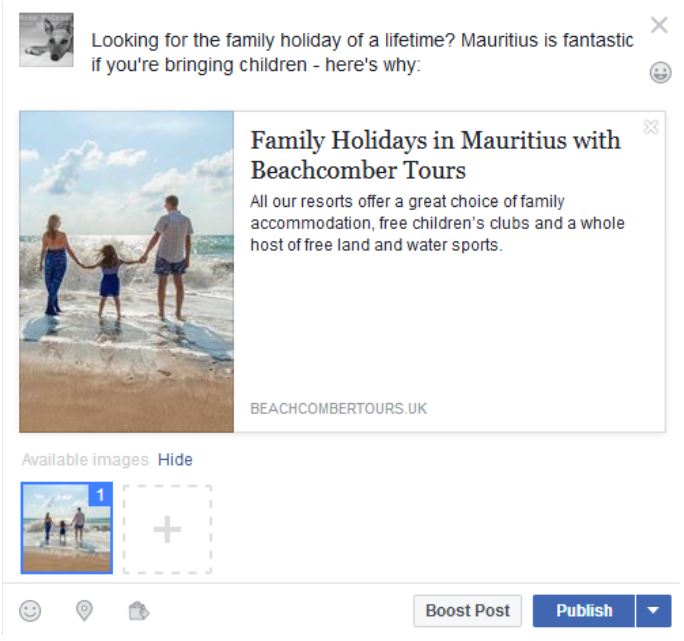 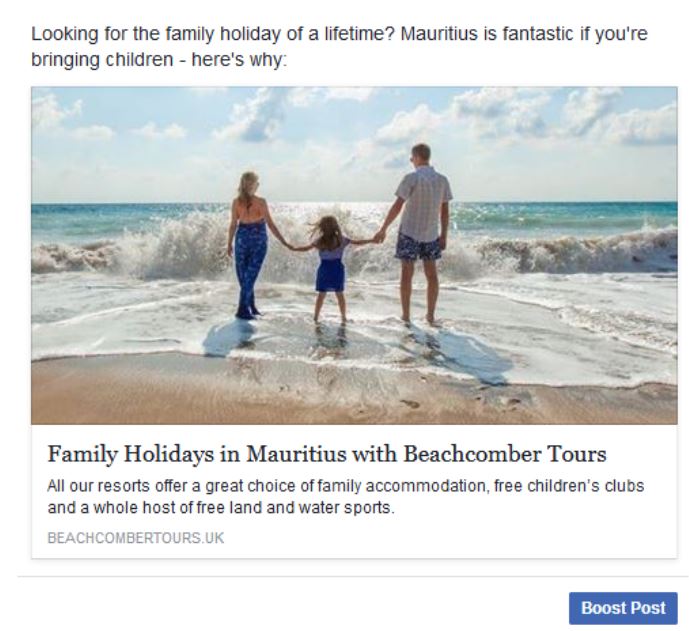 Once this function is deprecated (deleted, basically!) by Facebook, you’ll no longer be able to do this.

What we’re seeing as of today is that you can still click into the various areas and edit them, but when you Publish the post, they revert to the metadata. No clues, no error message, not very helpful –  and there will probably be a lot of frustrated social media managers out there today!

According to their own statement, it’s to cut down on misleading previews being posted. So presumably, spammers are creating links to inappropriate or other commercial sites and then editing the link options to make it look as though the link goes to an article very different from the actual content.

It’s a shame that they can’t deal with this issue some other way – for example, allowing people to report misleading posts individually and then banning the creators – but maybe that’s just too resource intensive. Anyway, for now the spammy users are spoiling things for everyone else!

How can I get around it?

If your own website, or the site you’re posting a link to, doesn’t have metadata which is appropriate for creating an attractive auto-preview, there should be a workaround – but it’s likely to involve giving up some of the benefits of the Link Preview function.

This MAY change at the same time as the Link Preview function is altered, but currently, if you upload images to your post PRIOR to pasting in the URL you want to use, Facebook won’t initiate the Link Preview function at all but will just leave your link as a basic, but clickable, text link.  That may be the best way for most users to control this for now; you won’t get as attractive a result as you would with the old function, but at least you won’t have a bunch of messy or irrelevant metadata  getting pulled into your post every time.

It’s also possible that some third party social media tools will create their own workarounds for this in due course, as Facebook’s announcement linked above suggests that the door may be left open for this. As of now, it appears that Hootsuite at least aren’t implementing any alternative . Please feel free to leave a comment if you have a better workaround or have spotted a third party tool which has a better solution!