Buying followers for social media: the Pros and Cons

Buying followers for social media: the Pros and Cons, and what you need to know

Companies selling instant Follower or Liker boosts have been around almost since the dawn of social media itself. In the early days, we assumed that these companies would die out as users got more sophisticated and more able to spot those accounts whose “popularity” was entirely faked.  That hasn’t proven to be the case at all; in fact, the industry in fake followers seems to be thriving.

So, can buying followers ever help a business be successful on social media? Are all bought followers the same? What are the implications on the different sites of boosting your account in this way? We know you’re wondering:  here are the answers!

What am I buying?

First of all, it’s important to recognise exactly what you’re buying when you purchase followers. In the vast majority of cases, you’re gaming the number that appears in your account bio – your number of Twitter or Instagram Followers, or Facebook Likers.  The number itself will be bigger, but that is the limit of the benefit you’re getting. The accounts won’t belong to real consumers in any normal sense.

The organisations selling these followers, often based around “click farms” in parts of the world where labour is extremely cheap, have hundreds of people setting up fake accounts constantly.

The “quality” of those accounts (ie, the effort they’ve gone to to make the account look like a real user) varies from the “egg avatar with randomly generated name” type through to those which would stand up to some very brief scrutiny – that is, they have an avatar pic, something written in more-or-less coherent English in their biographies, and a handful of generic and usually nonsensical posts.

Once you have paid for the number of followers you want, the supplying company will just follow your account with the purchased quota of fake accounts. You should NOT have to supply your password in order for this to happen!

Here are the pros and cons of this cheap’n’cheerful approach:

Below is a perfect example of a fake follower account on Instagram. Implausible name – check. Meaningless biography – check. Incoherent and random posts (and only a few of them) – check. Following a high number of people in order to get a few to follow them back – check, and very low ratio of followers to people being followed- check again. 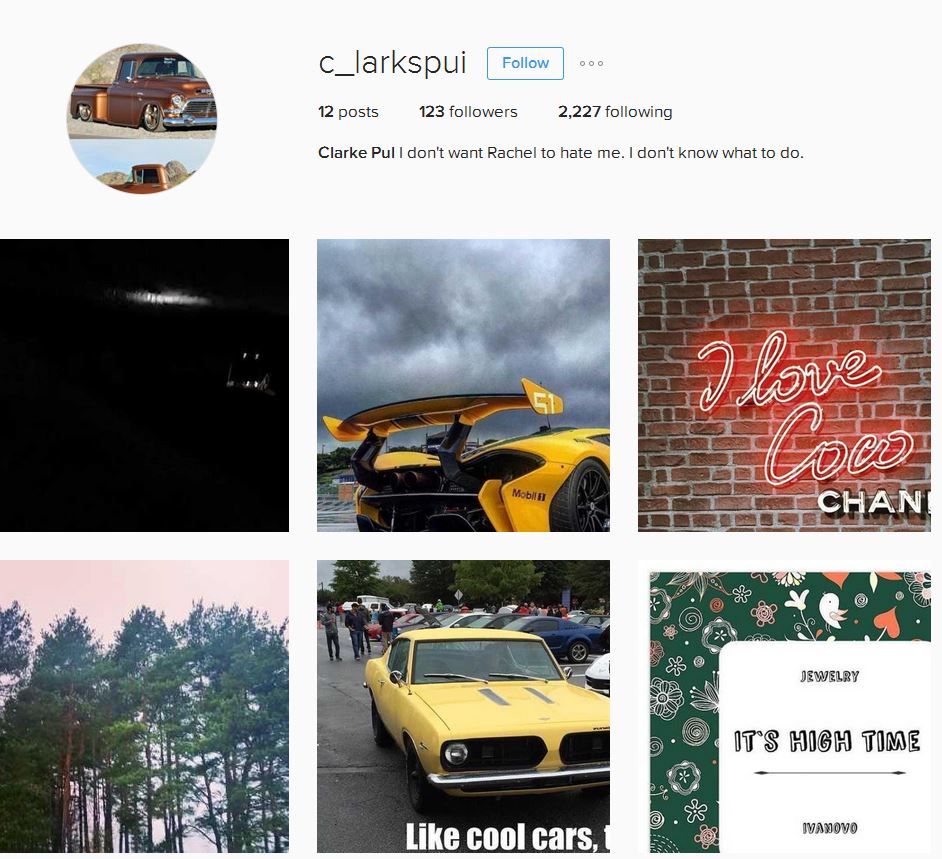 Another approach that some of the more expensive follower-sellers take, is to incentivise real users to follow your account. This can be just with a payment, or some other kind of incentive such as search credits on a directory site.

The real issue with bought followers

So we’ve looked at the pros and cons of artificially inflating your account’s popularity with different types of users, but of course there are much bigger implications. The only significant, long term benefit of doing this, is that your account looks more popular than it is, which may in turn influence the kind of people who regard that as an important signal. And don’t take a closer look to see who all those thousands of followers are. Therefore, you may gain some followers who wouldn’t otherwise have bothered with you.

The big downside though, is much more potentially significant, and the exact implications vary according to which of the sites you’re buying followers for.

In all cases, the number of additional followers you gain (who are maybe really interested in your product or service) will likely be a small number compared to the number of fake accounts you’ve bought. So you now have a follower base that’s the opposite of what you should be aiming for with social media – engaged advocates who are likely to show a return when you put effort into creating good content.

Now pay us to access those dead end accounts!

And where it really gets bad is if you’re going to do any paid for marketing, which these days is pretty much crucial to your long term strategy.  Twitter and Instagram (to a lesser degree) and Facebook (to a significant degree) all employ algorithms which restrict your access to your own follower base. Putting it simply, there’s no guarantee that a particular piece of content will be seen by all your followers…unless you pay for that to be the case. But unfortunately, none of the sites have a tick box for “just charge me for showing this to my *real* followers“. So you’re stuck with forever paying to show posts to that big set of fake accounts , in order to get to the handful of genuinely interested followers who are mixed in with them.

On Facebook, the situation is significantly worse. Being able to recruit your keenest and happiest customers to your Facebook page, and then market to them *and their friends*, is the real marketing gold. The social network of your existing customers is a wonderfully self-filtering group of people who are much more likely to also enjoy your product, than the average person picked off the street.

As soon as you buy followers, not only are you going to end up paying to show your posts to them, but you either have to stop using the “friends of Likers” options or end up paying to put your content in front of all the accounts who are linked to your fake followers, too. Ouch. Expensive, and self defeating.

And putting a dent in your Algorithm results…

In addition, most of the social media sites give your account some kind of a ranking figure (which you won’t ever be able to access) which influences how much priority your content is given in the timelines of your followers. Exactly how the algorithm works is very much a trade secret, but we’re pretty sure that engagement levels will be a big factor. And engagement levels are calculated by comparing your total follower numbers to the number of likes, comments etc you receive on a typical post.

So, if you’ve gained 1,000 followers organically but then become impatient and bought 10,000 more, the next time you post something, even if Jesus and the angel host are personally on your side, your engagement levels are going to look terrible because 10,000 of your followers are never, ever going to engage. So you are effectively handicapping every future piece of content you post.

(Bear in mind, that if you sign up to a social media agency who buys followers for your account, the same will apply – and you won’t necessarily be able to reverse it without binning your account and starting again from scratch….so watch out for providers delivering implausible growth rates!).

Is it ever worth it?

As with most things, there are some circumstances where buying followers could be a valid strategy – and we’re just talking from a marketing effectiveness point of view here, and leaving aside the ethical issues of cheating / misleading the public…

For example, if you need an account to look impressive in the short term, for whatever reason, and have no intention of doing paid for marketing through that account or building on it long term for genuine engagement.

If it’s on a site where you’re not really expecting commercial returns, but are using it just to influence brand perception (Instagram fits that description for some businesses).

If raising your follower numbers is the “be all and end all” for your management then yes, buying followers will accomplish that goal.

But overall, tread very very carefully. Once you have thousands of non-genuine followers mixed in with your hard-won real followers, it’s difficult to go back.